39-year-old male with a past medical history significant for diabetes, diabetic proliferative retinopathy s/p endo-laser photocoagulation in bilateral eyes, known left ocular retinal detachment secondary to proliferative retinopathyy, past plantar vitrectomy,and stripping, GERD presenting to the ED as a stroke alert. Chief complaint of atraumatic vision loss in his left eye.  Patient noted sudden onset of gradual vision loss within the last 24 hours that has continued to worsen by the morning of his presentation.  He notes that he can only see flickers of light from the left eye without any motion or delineation of objects. He denies any additional focal neurological deficits including sensory or motor weakness, facial droop, speech difficulties.  Denies any headache, trauma, recent travel or illness.

The stroke alert process was de-escalated as the patient had presented with an ocular complaint. No lab panel was obtained but a POC glucose was 125 mg/dl. Patient was sent for HCT and ocular US.

Bedside ultrasound of the left eye – displayed accumulation of swirling material in the aqueous humor with oculokinesis concerning for vitreous hemorrhage. No obvious retinal detachment.

CT Head with Orbits wo contrast – Unremarkable CT of the orbits. Symmetric calcifications of the bilateral basal ganglia noted on the CT head.

Several neurological signs and symptoms are associated with Fahr’s syndrome. In adults gait disorder, speech impairment, dementia, and coma have been seen. Loss of consciousness, tetany and seizures have been reported with associated hypothyroid hypocalcaemia (3,5,6). Papilledema of intracranial hypertension, Pleocytosis of CSF and paroxysmal Choreothetosis have also been reported. Symptoms characteristic of Parkinson’s disease can be found such as tremors, muscle rigidity, a mask-like facial appearance, shuffling gait, and a “pill-rolling” motion of the fingers. These symptoms generally occur later in the development of the disease. More common symptoms include dystonia (disordered muscle tone) and chorea (involuntary, rapid, jerky movements). Age of onset of symptoms is typically in the 40s or 50s, although it can occur at any time in childhood or adolescence. (1)

The prognosis for any individual with Fahr’s Syndrome is variable and hard to predict. There is no reliable correlation between age, extent of calcium deposits in the brain, and neurological deficit. Diagnosis is difficult and may be easily confused with other conditions. Treatment thus far revolves around addressing neuropsychiatric symptoms with benzos or atypical antipsychotics, oxybutinin for incontinence, and treatment of hypoparathyroidism. (7,8,9)

The vitreous hemorrhage was found to be related to the patient’s diabteic retinoproliferative disease and not related to the Fahrs syndrome which was discovered incidentally. The patient underwent Ophthalmology consultation with planned outpatient laser surgery and outpatient neurology referral for MRI, EMG testing, and further genetic workup. No additional medications were prescribed on discharge. 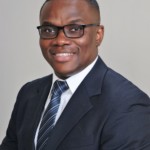