A 30-year-old male with past medical history of opiate abuse presented to the emergency department for altered mental status. The patient was brought in by a friend due to noticing the patient was difficult to rouse and breathing abnormally. The patient’s friend denied knowledge of drug use or past medical problems.

Physical exam – Vitals: BP 137/88, HR 116, RR 18, T 37.2 C. SPO2 hypoxic on room air with a saturation of 64%. Patient unresponsive to sternal rub or painful stimuli with agonal breathing, GCS 3. Tachycardic without abnormal cardiac sounds or rubs. Pupils were notably pinpoint bilaterally and minimally reactive. All other physical exam findings WNL. Given clinical exam and suspicion of opioid overdose, the decision was made to provide 2 mg Narcan. After this was administrated, the patient’s mental status improved and he was able to provide further history and information.

The patient initially tolerated this in the ED however exhibited waxing and waning mentation with intolerance of the CPAP mask, expectoration of frothy red sputum, and the decision was made to intubate. Post intubation, oxygen saturations had improved significantly with FiO2 of 60 and PEEP of 15. initial P/F ratio 62.9. Plateau pressure 28mmhg. A post intubation CXR confirmed placement of endotracheal tube with redemonstration of bilateral infiltrates and pulmonary edema.

On chart review performed after resuscitation, patient was noted to have recent visit to ED after using hydrocodone and cocaine which also required administration of Narcan for mental status. Laboratory analysis of this patient was significant for leukocytosis to 24 and creatinine of 2.1. UDS was positive for cannabinoids, cocaine, and benzodiazepines – notably negative for opioids although UDS does not reliably detect hydrocodone, oxycodone, methadone, fentanyl, or buprenorphine.[2] EKG was not significant for arrhythmia or ischemia.

Patient was admitted to the MICU and was weaned from the ventilator, subsequent day P/F ratio 310. Extubated to nasal cannula, saturating at 88% on RA. Patient subsequently left AMA from the ICU a few hours post extubation. Due to clinical course with confirmed history of opiate abuse in spite of negative UDS, resolution of mental status depression with Narcan, and improvement with increased PEEP and plateau pressures during intubation, patient was suspected to have opioid induced non-cardiogenic pulmonary edema as a contributing cause to his hypoxia and decline in respiratory function.

In general, pulmonary edema is secondary to an imbalance in the forces that comprise Starling’s Law. To review, the Starling relationship describes the net flow of liquid across a membrane while accounting for the membrane’s permeability:

It is well known that opioids act on mu2 receptors to decreased sensitivity of medullary chemoreceptors to hypercapnia while suppressing the ventilatory response to hypoxia, thus resulting in respiratory depression. Conversely, the mechanism of noncardiogenic pulmonary edema (NCPE) after opioid overdose and reversal is poorly understood. One hypothesis suggests that there is a rapid increase in sympathetic response from catecholamine release which results in increased cardiac output and pulmonary pressures with increased capillary permeability which results in pulmonary edema. This cascade is thought to be triggered by naloxone administration. [6,7] Some case reports show that NCPE occurs in patients with heroin overdose that do not receive naloxone, which may be secondary to opiate induced histamine release increasing capillary permeability, or acidosis from hypoventilation or hypoxia. It has also been suggested that naloxone administration merely unmasks underlying clinical finding of ARDS that were unable to be identified until the patient was stabilized with naloxone and breathing as restored. This theory is partially supported by post mortem examinations of patients deceased secondary to heroin overdose prior to naloxone administration that have demonstrated alveolar filling. Additionally, some have hypothesized that it is secondary to alveolar fluid shift caused by a negative pressure gradient generated by inhalation against a closed glottis (described as the Muller maneuver). Most likely the cause is multifactorial. Some evidence suggests that those with underlying obstructive sleep apnea or coingestion with cocaine or alcohol are at an increased risk for this complication. [8,9]

Given the increased rate of heroin and opiate use in the US, it is possible that more cases of opioid induced pulmonary edema will be observed. Guidelines for observational periods for patients requiring naloxone for opioid overdose do not currently exist, however some evidence supports observing patients for 2 to 4 hours to assess for respiratory complications or re-dosing of naloxone. [10–12] Additionally, a specific set of guidelines does not exist for treatment of subsequent NCPE. Previous cases have shown that reversal is aided by supplemental oxygen or assisted ventilation in hypoxia that is refractory to supplemental oxygen. Many patients who ultimately require mechanical ventilation for this are extubated within 24 hours. [11]

Altered mental status at 2 AM: Not always what you think 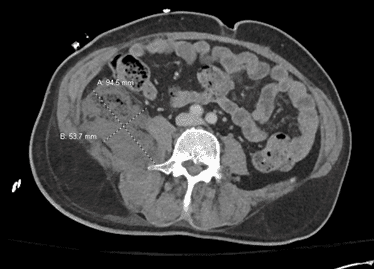 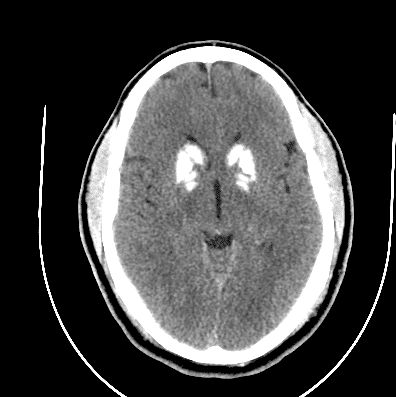